← Back
Special wheelchair for Richard Fazakas 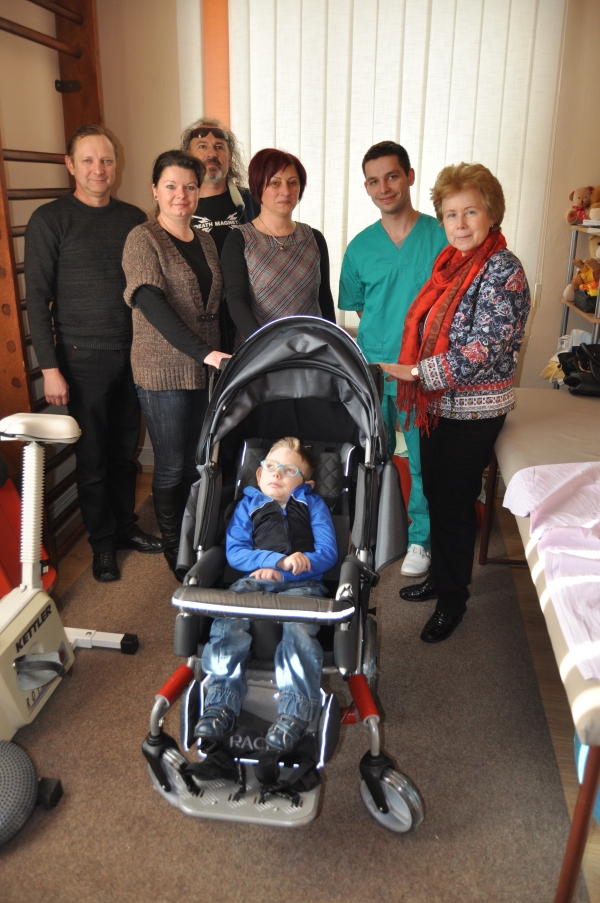 Ricsi Fazakas is a 6 year old boy, who suffered hypoxia at birth, due to which he was deprived of oxygen that lead to severe brain damage. He has minimal eye-contact and is entirely paralysed, requiring constant and continuous care.
Our foundation gave him a special wheelchair, designed for children with such disabilities, chosen by his physical therapist, Tamás Nagy. This wheelchair gives him posture and prevents his legs from twisting in the wrong angle due to his paralysis. His torso and head are given support by built-in pillows.
Tamás works with Ricsi 5 times per week to keep his muscles from becoming stiff and atrophied - were it not for physical therapy, these would be inevitable consequences of total paralysis. The costs of Ricsi’s therapy are covered entirely by our foundation.